Prototype building is an essential and integral part of any manufacturing. A prototype is a miniature model of the real product which is scaled to a lower dimension and tested against proportionate forces and stresses. Prototyping is done to understand the behavior of the real product in the real world. It is a fact that introduction of this technique have helped many manufacturers in several ways. It has reduced the cost of manufacturing as any problems were detected at the early stage of production that aid in quality control. However, it is very necessary to quantify the prototype production. The most convenient and cheaper way of producing the miniature models is through prototype molds.

Prototype molding is a quick technique. The technique is also known as injection molding because the liquid material is injected into the mold to get proper shape of the product. The mold comprises of a die which hollow at the centre. The liquid material flows through the cavities and fills up the space and is then left to cool down. After solidification, the die is cut open and the prototype is extracted. The prototype may then undergo surface finish process which is later tested. But, making prototype molds is an art and certainly a science.

There are many tools and tackles that can be used to build prototypes. But, we have listed some of the most used and economical tools which have made their way into the production houses. Basically, most of the production houses prefer to use 3D printer as they cost less but the prototype produced cannot be tested. So, injection molds are used to build a prototype on which stress analysis can be done to predict precise results.

Typically known as the MUD molds, these are the standard injection molding frame. There are several inserts which can be put through them in order to define the shape of internal cavity. Now, these inserts are generally manufactured in CNC machines. So, the design and dimensions are very precise with tolerance of 0.001 to 0.0001. Furthermore, the use of machine depends on the material itself. For instance, if you are molding with plastic, you will require inserts with robust material properties. This is so because plastic has a high molding temperature and an unusual high number of cycles. 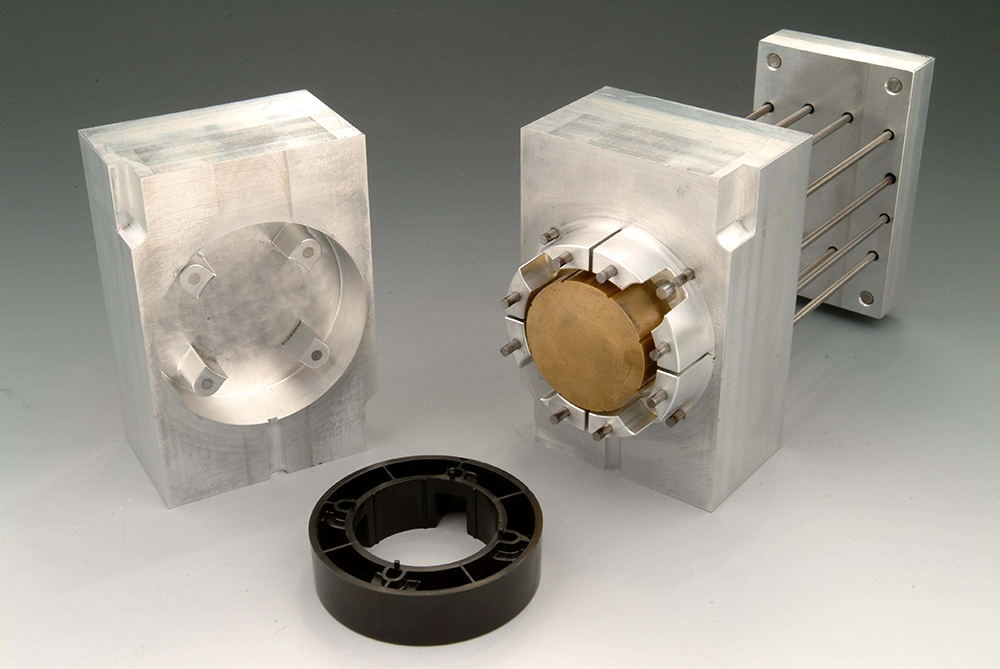 Advantages: It lowers the total cost of production as the inserts are standardized. They are easily detachable and can be redesigned as per requirements. MUD inserts are a great option if there is a requirement of frequent adjustments.

Disadvantages: The major disadvantage is the methodology which is a tad bit time-consuming as compared to the 3D printing techniques.

Solid aluminum tooling is considered to be a final deliverable of the project as many tools are designed with aluminum. Aluminum is an abundant metal with properties such as strength and malleability. Preparing aluminum mold tooling is quite convenient as the designs are made in such a way that potential changes can be made without making the process cumbersome to carry out. Moreover, aluminum tools are easier to machine than the steel counterparts which reduce the burden. 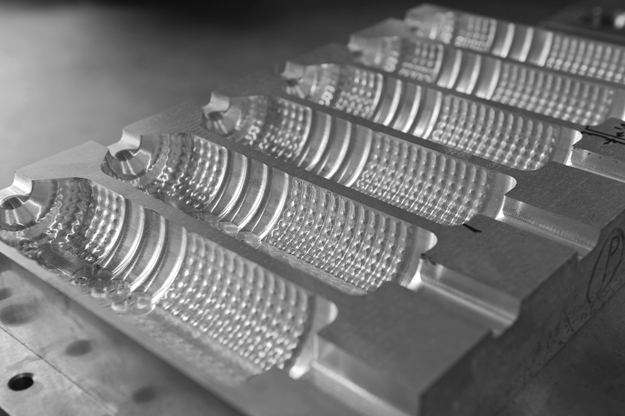 Advantages: Aluminum, being a strong conductor of heat, is easy to heat and it cools down quickly as well. This property aids in rapid production and the prototype molds will have higher number of cycles. Apart from these, aluminum molding improves the flow of material through it. Better flow of material helps in reducing the risk of defects and the quick cooling property helps in faster production.

Disadvantages: Well, there are certain demerits associated with technique due to which large production houses avoid installing it. But, it is good for small and neat production. If the prototype requires special surface finishes or cavities, then Aluminum mold tooling is not the best of the prototype molds.

Steel mold tooling is typically used for large scale production due to the ease of manufacturing and cost-effectiveness. The steel molds are considered as the enhanced version of prototype molds due to their mold flow properties, gate location, and vents.

Advantages: They have a long lifespan and being less thermally conductive than aluminum, the steel molds are durable.

Disadvantage: Steel tools manufacturing is complex and thus, producing such type of mold is both time and resource consuming. The precision and complexity increases the cost of the tools but large concerns often purchase them due to the high returns and low maintenance. 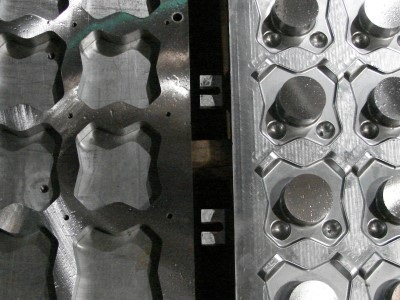 There are a vast number of considerations that needed to be take care of while making a purchase decision from the standard prototype molds as we have discussed. So, it is advisable to evaluate the requirements very precisely and calculate the overall costs and expenses. After comparing the returns to the expenses, the best alternative should be selected.

What Is Rapid Tooling and Its Benefits
Tooling and Injection Molding Services for Products
Rapid Tooling Top-Notch Applications And Service
Prototype Mold and Tooling - Which is the perfect option for you?