CNC machines are now the most significant aspect of the manufacturing process. They make it possible to produce parts with high machining accuracy, in big quantities, and with great ease. CNC is a modern production and manufacturing idea. CNC machining services are widely used in modern factories. However, it should be recognized that the lathe is the foundation of computer numerical control (CNC). The lathe has a long history that predates computerization. The first evidence of a lathe in use goes back to 1300 BC. It originated in ancient Egypt.

Although the origins of the milling machine are unknown, some historians believe Eli Whitney was the first to use one. Others mention Simeon North, Captain John H. Hall, Robert Johnson, Roswell Lee, and Thomas Blanchard as inventors.

The manual milling machine, often known as a crank press, was invented for the first time in 1938. Soon after, particularly in the 1940s and 1950s, the concept of numerically controlled machines became popular, eventually evolving into machine automation based on programming logic. Users began transforming manual equipment into devices that used motors to control and move the machinery. Latter, they started using a punched tape mechanism to move the control buttons into the proper locations. The numerical control system (CNC) was created with the advancement of computer technology in numerical control.

Following the Second World War, numerically controlled machines were used worldwide. John Parsons was exploring ways to improve aircraft by creating a strong shell for them at the time. This resulted in the organization of a number of big Air Force research initiatives at the Massachusetts Institute of Technology (MIT). 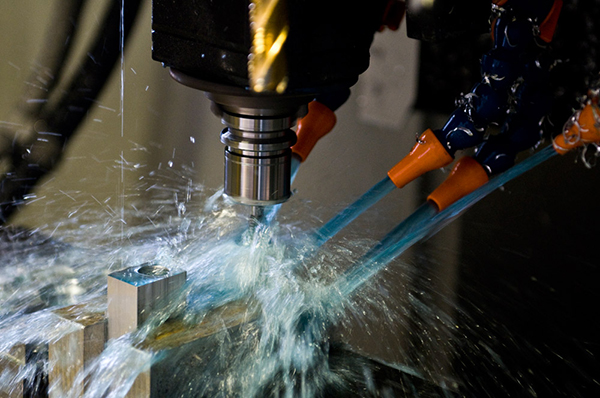 The investigation began in 1949. Professor J.F. Reintjes and his team built a test milling machine after conducting preliminary research and planning. Richard Kegg collaborated with the Massachusetts Institute of Technology to create the first Cincinnati Milacron Hydrotel CNC milling machine in 1952. He patented a “motorized device for positioning the machine” five years later, in 1958. This marked the technology’s official commercial birth.

Getting around the manual controls

This occurred as lathes improved with the introduction of independent electric motors, which allowed for increased dependability and performance while taking up less space. G-Code (G-Code is the conditional name for the programming language of numerically controlled devices) superseded punched tape systems as machines became more complex.

The G-Code was originally utilized in 1958, and it was later standardized by the Electronics Industry Alliance. Even before the physical prototype was upgraded, CAD (Computer Aided Design System) was  developed in the 1960s for visualization purposes. Because the G-code design used for CNC machining demands specifics that only CAM systems have, the terms automated manufacturing (CAM) and CAD have been synonymous since their introduction.

Prior to the MIT projects, the Traverse City, Michigan-based Parsons Corporation developed a technology for creating stencils for helicopter blades. The company’s creator, John Parson, devised a method for calculating the coordinates of the aerodynamic profile on the IBM 602A. To manufacture these blades, he motorized the axes of the machines. He fed the information into a Swiss coordinate drilling machine. This is regarded as the CNC machining method’s beginning point.

He created stencils of helicopter blades by inserting punch cards that were read and manufactured depending on previously programmed information. As numerical control technology advanced in the 1960s and 1970s, a more familiar version of the CNC machine began to appear. Operators entered the sequences using alphanumeric systems recorded on floppy disks and tapes in the 1960s. In the 1970s, digital data processing became popular, and increasingly complex controls evolved, in which the CNC machine’s computer control may communicate directly with the operator.

CNC machines can now be purchased or designed by the user. CNC machines can be found in all industries, owing to how powerful and vital computers have become in the twenty-first century. The availability of open-source software and computer systems has enabled CNC lathes to be diversified, efficient, fast, accurate, and affordable.