The one true constant in our lives is changing. We have to face it every day, mostly because life throws certain obstacles down our path, or because we choose to embrace new challenges. Since Donald Trump became president of the USA back in 2016, he had one promise to fulfill: Making America Great again. He has been good on his word so far, with America economy booming in a way that it didn’t do in the last four years previous to his time in office.

The problem with fulfilling these promises is how they have made an impact in the world. For the current administration of the White House, it was all about leveling the playfield. They studied how the economy was working on their behalf, and they saw significant disadvantages next to their competitors. Asia has flourished, and the Middle East has also taken a considerable share of the pie. For Mister Trump, it was unacceptable that the USA was not the first economy of the world, and he made his mission to fix that.

The Large Figures of the Plastic Business

The plastic industry is a large one. Very few people have the full scope of big it is. Plastics are found in almost every single device we use, plastic injection molding is a source of work for more than a million people in the world, and these resins are also the material of choice to build the pipework on edifications of any kind. The trade of plastic goods of the USA with their closest neighbors was of $28 billion just in 2018. Take a moment to digest this figure while considering that this is only the numbers for goods coming in and out on the Mexican border. Now take a minute to think overseas.

The recent announcements of the White House of new tariffs on goods coming from Mexico changed the general outlook of the conflict, and it was a disruption for many businesses who survive by selling their products on American soil. It is still a moderated announcement if you consider the willingness of the White House to enforce a full closure of the border to make Mexico get in line with their policies. While it’s true that the South American nation has a lot to fix on their end, it’s doubtful they will be able to do so in the short run. We are witnessing a move that will change short-term operations between both nations and create doubts for customers on American companies who need to manage their supply lines. 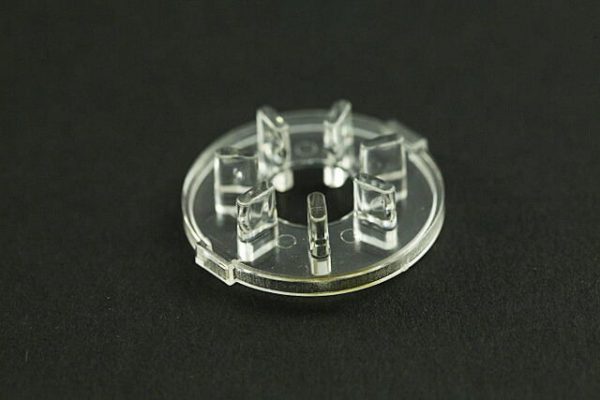 An Industry Fighting to Keep Itself Afloat

The plastic industry is still a thriving market, one that seems to keep booming despite the consumer backlash on issues regarding environmental impact. But the greatest menace to this niche is the uncertainty of trade flows. Trading in the plastic industry has been disrupted by the current administration of the White House. Mr. Trump has a firm stance against unfair trade, most of it aimed explicitly at NAFTA and China, with Canada and Mexico along for the ride since they are the largest trading partners of the USA when it comes to plastics.

Most of the concerns related to plastics trade and the uncertainties of the market to go forward come from signs of a slowdown on global economic growth, the ongoing US/China trade dispute, all the uncertainty surrounding the Brexit movement, and the fact that a new trade deal named USMCA is taking place to replace NAFTA. Some analysts, however, seem to think this a good thing since it includes new rules that would favor American companies but could prove fatal for the manufacturing machine on Asia.

As you can see, the general outlook of the plastic trade industry is not grim, but it’s complicated. Plastic injection molding processes will be needed as long as there is demand for them. But we could be looking at less globalized business operations. The time for lobbyists are coming since most of these new rules will be implemented by legislation. While companies will fight for open borders when it comes to trade, it seems that most of these companies will be making their beds to fall back on and have something to work with to keep their operations running if these bills came into effect.

For the moment is business as usual for all these companies. Even with the big multimedia giant Huawei facing certain challenges and a lot of uncertainty, there are still demand parts on a lot of markets. Vehicles, planes, electronic devices, and construction projects still need plastics, and a lot of manufacturers in every corner of the world are willing to support the supply chains where it’s needed. Global business is still open and running, and while the rules of engagement might change, we don’t see it closing down on any end since everyone needs to keep making money. It’s a time of adjustments and one that is sorely needed.