Why Do You Need a Functional Prototype To Launch Your Product?

Let’s put some cards on the table to speak more bluntly: Injection mold tooling is something truly expensive, probably the most costly stage of development for any product that is aimed at mass release. It comes to reason for the fact that you need a preview of the goods before making such an investment. To that end, you need to create a prototype using modern technology. We are living in an age where a simple CAD model doesn’t cut it anymore. Prototype injection molding can benefit a lot from 3D printing, and that’s what we need to pursue. 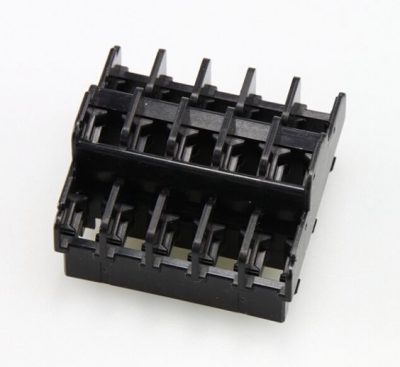 Prototype injection molding is something created with the sole intent on testing the functionality of a planned design. While in the past a prototype was built using mockup materials, these days they can be created using the same material that will be used in the final version of the product. It’s one of the most significant advantages in modern manufacturing that allows designer teams to discover and deal with any flaws on the product early on. Injection molded prototypes are one of the best means to save money and taking on manufacturing project without developing one it’s comparable to leaping blindly into a void.

Following our line of hard truths, other facts can help you illustrate the need for a prototype, even if your idea is wild and revolutionary. We are living in the age of crowdfunding, and a lot of entrepreneurs are looking to make the next mark on the market by creating products that are delivered directly to the door of the people who help them finance it. Selling an idea alone doesn’t cut it anymore. People like to have a notion of the product they are investing in. If you need proof of this, take a moment to check the best-funded projects in platforms such as Kickstarter. The common denominator among them is that all of them have a finished product to show.

The following is a brief list of the other scenarios where a prototype can help you succeed in the long run:

We mentioned this briefly in our opening lines, now let’s take a moment to expand on the idea. Even if your business plan is more traditionally oriented, and you are looking for large investors to pour money into your designs, being able to do a demonstration with a prototype will increase the chances of getting the support you are looking from potential investors. Having your product tested with potential customers will validate the need they have for your idea, and will increase the opportunity of getting your project done. Think of it as backing up your case with the most reliable piece of evidence you can have on your hands. Even if your product is crowdfunded, it’s always good to have something to show to your targeted audience.

There are too many people who feel better when they have full ownership of their concepts and ideas. They usually have a long term plan to earn their spot in a market they are planning to disrupt or earn a share on their terms. This type of entrepreneur usually has a brand new offering on something established or a concept that is truly out there. In both cases, they can benefit a lot by working with low production runs. They avoid making millions of units that could pose a financial risk, and they can start to build their audience until they increase the demand for their offering. A prototype mold aimed at low production runs can be used to manufacture at least 100,000 units a year for very low tooling costs and low prices for every part created. Most modern manufacturers can even use prototype tooling to create replacements parts that don’t call for large production runs.

Prototypes can also be used as marketing tools. Any entrepreneur can get ahead with reliable data brought by early market research to handle potential sales figures. By having a finished and functional product available to test with targeted audiences, any marketing team can gather the knowledge to build a useful and timely marketing campaign. This stage is one of the most common engagement tactics used on the web, and it works wonders when people can see the product doing what it’s supposed to do.

This can sound pretty harsh, but prototypes are meant to be broken as many times are necessary to make sure your product works. They are tailored to your specifications to offer full insight into the advantages of your designs as well as the flaws that need to be fixed. Even if you are in the position of having to deliver your product on a deadline, the prototype should be able to tell you everything you need to know to ship the best version of your idea to your backers and investors.