China has changed a lot in the last 30 years. The country is no longer what it used to be in social terms and business wise. Communism is just a whisper of what it was and no longer the driving force behind the economy. The country has opened itself to the markets of the world by offering their services to whoever is willing to pay for them. One of the greatest industries in the mainland is manufacturing products of any kind for anybody with the latest technology available in the market.

These days you can turn your face without encountering many companies in China willing to create any type of product they can at low costs for any entrepreneur, but it wasn’t always this way. The country had to overcome one of the greatest misconceptions out there regarding their services. For a long time, China was known as the counterfeit capital of the world. If a product was released to the market chances were that China had it sooner than anybody else because counterfeits or pirate versions of it were created all over the place.

Most of these pirate products were of low quality, and the operations tasked with creating them were truly hideous. While the market for counterfeit products still exists in the world, China did the best it could to overturn a negative view of their industrial field into one of the driving forces of their economy. Today a lot of manufacturing companies have evolved, and they function as the leading force creating original products for many established brands that distribute their creations manufactured in China around the world.

Turning a New Leaf to the World’s Markets

You are probably wondering what makes manufacturing better in China right now and how different it is from what it was in the past. It’s okay if you have that on your mind because as an entrepreneur you need to ask the hard questions before committing your project to a third party.  In the not-so-long past, most mold manufacturer china operations lacked the expertise to make quality consistent. 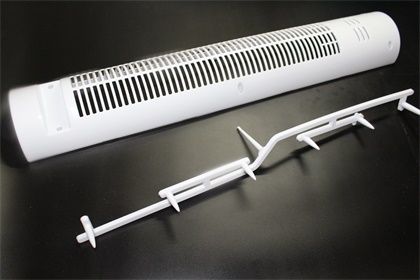 At some point quality control measures barely existed at all. China as a country did the hard work for their nationals: they were willing to learn. After a brief time, the ISO 9000 norms became a popular staple in the mainland, and a guide for many companies to update their operations and a competing market was born out of clumsiness

For China it all came down to the acceptance that the world works following certain rules and their political views had become outdated. While the communist party still reigns supreme in China, the state works on with capitalism-based policies that have allowed the nation to flourish, and their nationals to become better versions of themselves.

Many manufacturing companies do their best to have well-trained employees that work by following the most rigid international standards to create quality products. The direct result is that many business operations in the world have brought their manufacturing needs to the companies of the country. Given the fierce competition, getting a project done in the mainland it’s incredibly cost-efficient.

The Current State of the Market and the Trade Wars

Most of manufacturing operations in the mainland these days are quite reliable and successful. Almost all issues regarding quality have been overcome. Given the fact that many manufacturers strive for a good reputation quality is no longer a problem. Most manufacturing operations distribute products to international customers and are able to work with any type of materials to create the products that are requested of them.

Any manufacturing operation worth their salt is equipped with state of the art systems and technology to handle all the stages of development of any product that is ordered for mass production. All this is done without compromising the final quality of any project. The competition has become so fierce that countries like the USA had to step in and increase trade fares to make their internal manufacturing efforts more competitive for companies working in their own country.

Established manufacturers handle projects by assigning a leading manager that will take good care of their customers. Entrepreneurs can iron out any details regarding their projects with them since most of the times these managers are trained engineers and technicians themselves. They will do everything to make sure that the projects brought to them are finished to completion and produced at reasonable costs.

The proliferation of this business model is not the exception in China; it’s the norm. That’s why so many high-quality products are coming from the mainland every day which to be shipped out to every corner of the world. No matter where you turn in any part of the world where you are reading this, chances are that anything near you contains a plastic mold part that can be traced back to a manufacturer in China.