Are There Any Types of Rapid Tooling Used In Prototyping?

Rapid tooling started when engineers who got involved in injection moulding wished to check if they were able to build moulds within a few hours or days rather than a week or a few months any machine mould will take. Rapid-tooled shapes are perfect for prototyping one part as well as moulding many plastic parts before the start of enormous volume and full-scale production. The part of the tool which is created during the process of rapid tooling is the insert, which includes the core along with the cavity as well as the side actions. Based on the type of rapid tooling that has been used, an individual can get many cycles out of it. Read along to become aware of the most used quick tooling procedures in prototyping:

Traditional method: Once the rapid tooling procedure was out, many organizations that create moulds using conventional methods started to expand the speed of such techniques to make it complete. Thus, the word rapid tooling was given to a tool capable of building fast and included those created with a lot of traditional procedures. Some organizations are capable of turning any metal mould within some days to one week.

Direct metal laser sintering: Metal is never used for rapid tooling via traditional machining. It can be used to create plastic injection moulds by combining a few metal particles to make a solvent in a procedure named sintering. In the case of rapid tooling, the sintering procedure is completed by spraying powdered metal into a laser beam that lets you draw the mould’s shape with the laser’s help. It can be achieved by using many different metals like titanium, stainless steel, and cobalt-chromium. As the finished mould comes in metal, it is highly equipped to handle pressure along with heat transfer and ejection capability. The method of sintering is unique as it lets you print in consistent cooling lines for helping calm the part of the plastic faster. 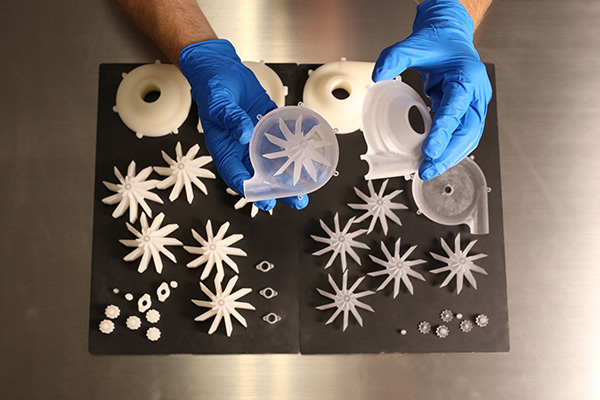 So the technology of 3D printing nowadays will not enable great part tolerances. You will be able to get a prototype run from one 3D plastic injection mould, but not receive huge volume.

Remember that only because you are able to build a mould with the help of rapid tooling will save a lot of time. Rapid tooling mould creating procedure is usually quicker than any traditional steel and aluminium machining. Still, it frequently needs touches that can reduce the speed of your process once any mould gets created.

Rapid Tooling in China: A Way to Increase Your Business Potential
The Benefits of Working with Lean Manufacturing in Prototype Molding
Rapid Tooling technology – The Importance
Rapid Tooling – A Comprehensive Guide