Prototyping is a critical part of product development. Traditionally, it is also one of the bottlenecks. Why? Because engineers have to create a proof of concept using basic tools as prototypes. If they need to produce high-quality models, they need to do it in the same process as the intended finished product. This is expensive and takes longer to make.

Thanks to rapid prototyping, companies can turn their ideas into realistic prototypes that look and feel like the final product in record time. It is incredibly fast because designers and engineers create the prototypes directly from the CAD file. They can also do revisions on the design in the same file based on testing and feedback from real users. 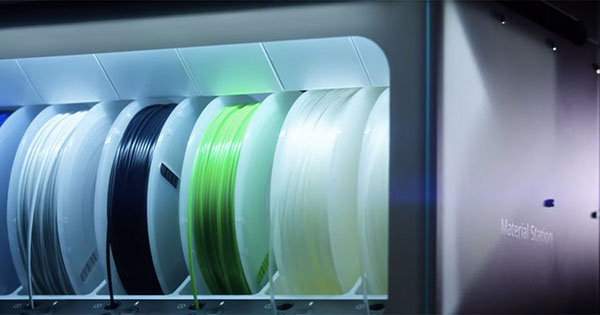 The greatest advantage of rapid prototyping is it can make a model, tool, or prototype quickly. It all depends on the methods selected, the size of the project, the complexity of the design, and the quality of the digital file. These prototypes are used for visual and functional validation.

Aside from speed, the technologies used in rapid prototyping can have no large part of the material waste compared to other processes like milling, cutting, grinding, or turning. In this process, manufacturers are not only saving on the costs but on the resources too.

Since its introduction, rapid prototyping has gained popularity among product designers and engineers throughout the product development journey. Here are some of its applications.

In manufacturing, we have what we call proof-of-concept prototypes that help product designers to validate their assumptions and ideas and test the viability of the product. A fully functional 3D model can show the stakeholders what the product is about and drive them to decide whether to accept or reject it.

Since rapid prototyping offers speed, the designer can have many ideas before they build and evaluate these models. The unmatched turnaround time that 3D printers offer means that designers can test their concepts faster.

Rapid prototyping techniques like 3D printing allow engineers to create prototypes that look very much the same as the finished product. With such high fidelity, it allows designers to verify the fit, function, and manufacturability of their design before going into full production mode. This way it can save on time and money for not doing unnecessary changes in the middle of production.

There are materials available for 3D printing that closely resembles the look and feel of what you will use in traditional processes like injection molding. It can simulate the parts with details and textures.

Prototyping is important for engineers to test the functionality and usability of the design. It will also give them an idea of how the part will behave when subjected to stresses and real conditions where it will be used. With rapid prototyping, they can see its performance given different conditions. It simplifies not only functional testing but certification too.

Know the need and benefits of Prototype cnc machining for businesses!
Complete Guide on How to Choose the Best Prototype Mold Company
The Basic Applications of Rapid Prototyping in Manufacturing
Top Tips on How to be a Leading Prototype Mold Maker