Have you ever wondered about the reach of molding techniques used for industrial development? The number of methods employed is almost endless. In today’s world, we have companies working with blow molding, injection molding, forging molding (or die casting as it’s commonly known) we also have extrusion, smelting, stamping and many more methods that are continually demanded to create more products.

The large numbers of companies need to create their own molds to fulfill their contracts and keep their shares of the market given their specialties. Any mold manufacturer China is in a very competitive field, and the mold is the first step to success. All molds are created with various parts. The more intricate the prototype, the more molds will have to be made to complete a project. This industry is known as the converter of molding material to process the shapes of any product. 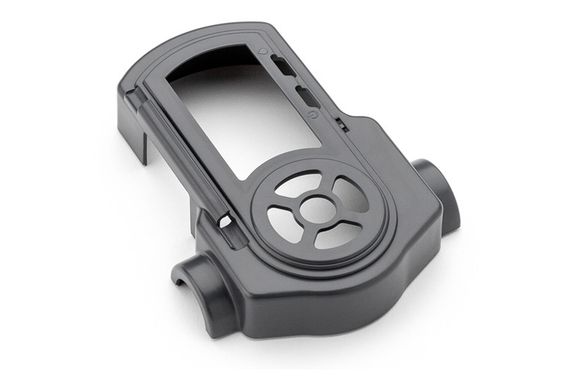 The overwhelming development of the mold manufacturer China industry is the result of non-stop work for a few decades. All the companies located in the mainland have accumulated knowledge and technology to create more. They have managed to become so versatile that they introduce themselves with smart offerings in all the industries where there is any business opportunity.  With a background so diverse and an increasingly fierce competition in all markets, molded products are being used in almost every industry as it is.

The following are just a few applications of the many that can be researched across the planet:

Mold Manufacturing in the Automotive Industry

A great deal of developments in the manufacturing field is done for all automobile brands in the world. This one of the business niches that experiences steady growth and efficient development when it comes to innovation and upgrades. One of the most outstanding figures to prove this trend is the fact that at least 25% of the mold manufacturers in China create almost 90% of the parts used by the whole industry using all forms of plastic molding. The average figure on consumption of dies in the mainland is of 0.12 tons for metal for every 10,000 vehicles. When you take into account the fact that at least 1,500 molds are working at all moments making parts for cars, it’s hard to imagine the actual number of product being created every single minute.

If we must go to official figures, the figureheads for industry development and the National Bureau of Statistics in China state that molds working to create automotive parts in the mainland account for at least 35% of the global market share when it comes to the mold industry. The measured revenue by independent firms was of ¥267.000 billion, with almost ¥88.8 billion generated internally. These numbers correspond to the last semester of the year 2017. Since the country has also entered the fray in the automobile exports and sales the internal production is expected to increase to 41 million vehicles by 2023. The use of molds is also likely to increase at least 500 tons by that time.

The ever-increasing level of consumption of the people and the continuous demand for electronics devices is something that doesn’t stop. Many companies handle their products renewal at accelerated rates, making new developments old in a matter of months. As long as the consumer electronics market keeps growing, so will all the industries related to their manufacturing. Again, some global data in consumer electronics shows the state of the market in 2017, by pointing out the fast and increasing growth of people using smartphones, tablets, computers or any type of equipment. The revenue of these products has also increase 1.5% in comparison with last year’s figures, with hefty earnings placed at $800 billion.

The increasing expansion of China’s electronics industry has created a new form of categorization for product manufacturing systems as well as industrial support to get things done. The official figures of the National Bureau of Statistics of the mainland, in 2017, the sales of electronic appliances made in China reported earnings ¥16.5 trillion, just in national sales, the figure also shows an increase of 10.5% by comparison to last year’s numbers. The figures for the future placement of the earnings for 2019 on these types of products is aiming well over ¥11,400 billion in sales output, an expected increase of 9.0%.

All the household appliances industries have created their independent support system for all the components sold on it. This has created an upstream as well as a downstream industrial chain model. Almost all the parts of household appliances use mold injection to be produced, and the industrial playground offers an excellent environment to link the effects of the mold industry and household industry. Future predictions based on ideal levels of performance place the gradual development of household appliances products using smarter tech. The user can only wait and see, but the industry has some serious challenges to face as they work.