The reciprocating screw was introduced to manufacturing procedures almost six decades ago. It was the pinnacle of manufacturing technology back in its day, and it’s one of the most substantial pieces of evidence that new technology for plastic injection molding procedures is an ongoing development. In the current year, we still have a lot of new events coming left and right as well as a lot of manufacturing techniques getting updates. Throughout the following lines, we are going to discuss a new approach on the two-stage injection that is primed to be a game changer in the plastic injection molding industry since it’s useful to overcome a lot of limitations found on old procedures of reciprocate-screw injection.

The limitations we are talking about include the potential of creating inconsistencies on the shot size that are imparted using the non-return valve. The fact that there is screw retraction during the injection of plastic it’s a sign that all pellets are entering the screws differently and experiencing different injections lengths. The usual course of action to deal with this is by using a two-stage injection unit that employs a fixed injection screw as well as a plunger injection unit.

It sounds complicated and expensive, but the good news is that there are more straightforward solutions that also happen to be a lot cheaper. One of them is using a non-reciprocating screw to handle the melting of the plastic while aligned with the plunger that will take the injection. Two of these devices can move at the same time on a reciprocating carriage that will inject the shot. There are non-conventional solutions as well that require a bit more of experience such as channeling the melted plastic from the screw through the center of a plunger until it gets to the front side as the shot gets accumulated. 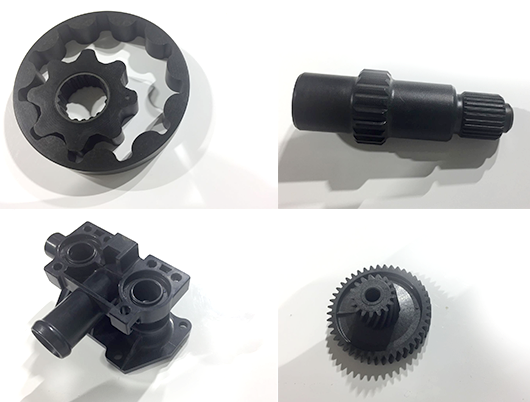 There are other limitations on conventional procedures of reciprocate-screw injection molding machines. Most of them are addressed using the new Inject-EX units, a groundbreaking technology to handle plastics created in America and readily available all over the world.  This injection unit is ready to work with hydraulic, electric, or hybrid drives. This system is an electronic device that uses a servo-driven screw that works plugged to a direct line that requires a plunger. This makes both the screw and plunger able to move simultaneously as the injection unit reciprocates while handled by two separate servo motors and screwball that are placed at the sides of the unit.

There is a well-documented issue on regular injection machines; it’s the matters related to the inconsistencies of shot volume that happen because there is a wild variability in the closure of the check valve at the end of the screw that begins the injection. Another problem is how the screws in the old machines retract as they recover after a task. Most pellets will experience a change and make their shear exposure inconsistent. This will lead variations on the viscosity of the melted plastic. The issue gets even more prominent when the screws have to move forward as the injection happens. The end result will be pellets falling from the hoppers to empty flights that are there to catch a shot.

The Inject-EX units solve these issues by placing a valve in front of the screw that can be easily checked by the operator. They will be able the see how transitions happen to the plunger. The valve also uses a shut-off nozzle instead of the old non-return valves. The new valve also comes fully spring loaded with washers to make maintenance easier. The machine also shuts down right after the last turn of the screw, not while is still injecting. The other issue is solved by making screws operate discontinuously instead of keeping a permanent placement against the feed hopper. The previous system moved back and forth as the injection happened. With the new fix, injection molding will happen using every pellet to make it consistent and continuously.

Another new feature is the way to handle melted plastic through the valves. Using the latest technology, the liquefied material will go through the valve and channeled to the center of the plunger until it gets to the front side. Once there, the plastic will accumulate the shot right in front of the plunger to fill the mold. After the injection unit goes forward, it will empty the chamber containing the melted plastic right in front of the plunger.  While it sounds like a lot to take in, every operator should take the time to take in the new features on these machines since they are there to make tasks more manageable and easier. In the end, the most significant benefit that the plastic injection molding industry gets out of these new developments is saving time and making better parts.