What Exactly is CNC machining?

When it comes to creating cylindrical parts with a variety of shapes and curves, CNC machining is one of the most preferred processes.

The metal cutting services industry has attained a new level of performance with the introduction of electronic numerical control systems. These modifications resulted in the development of a new class of machine tools known colloquially as CNC.

CNC machining (computer numerical control machining) is a machining technology in which things are manufactured by removing material from a workpiece with a variety of cutting tools under the supervision of a computer.

In comparison to 3D printing and casting, CNC machining is a fundamentally different production technique. When it comes to technological design boundaries, the cutting of the underlying workpiece has a big impact on how far it can go.

Using CNC machining services, high-precision parts with outstanding physical and mechanical qualities can be produced from a CAD file in a short period of time. Because of the high degree of automation, CNC machines are competitively priced for milling individual components as well as small series, as well as for series and mass manufacturing.

With CNC machining, a wide variety of materials can be cut, allowing for a wide range of applications. Materials for machining include metals (aluminum and steel alloys, brass, among other things) and plastics (ABS, POM, PA, and so on), although composites and wood are also viable options. 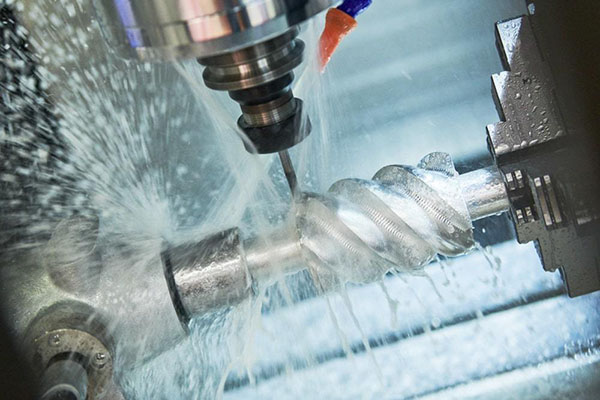 CNC machines, *picture is from thomasnet.com

There are four major phases to the manufacturing process for a product on a CNC machine. These are as follows:

An introduction to the history of computer numerically controlled (CNC) machining.

A bowl dated 700 BC was discovered to be the world’s oldest mechanically operated artifact ever uncovered. This was accomplished in Italy through the utilization of a lathe.

It was in the 18th century that the first attempts to automate processing were made. These machines only worked on steam.

In the late 1940s, the Massachusetts Institute of Technology (MIT) created the world’s first programmable machine. By encoding every movement with the help of punch cards.

The initial CNC machine was extremely sophisticated, and it could not be employed in a production environment because of this. It was Bendix Corporation that produced the world’s first serial CNC device in 1954. developed. The universal introduction of CNC machines has been a long and arduous process. The entrepreneurs were wary of the new technology because it was unfamiliar to them.

The advent of computers in the 1950s and 1960s had a profound impact on the industrial industry, as well as on “computerized” numerically controlled (NC) machinery.

CNC machines today are sophisticated robotic systems that include many axes and multiple tooling options.

CNC Machining: When do you give its prototypes the green light?
4 Causes for Broken Cutter on CNC Machines
Learning about CNC Machining: The best CAM/CAD Software for Amateurs
Advantages Of CNC Machining Services In Manufacturing